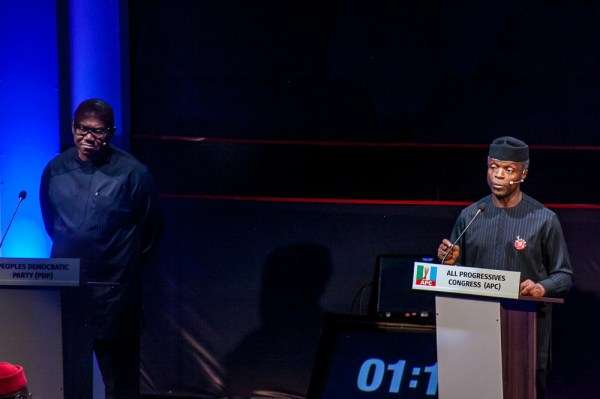 Last week Saturday, we listened and watched the Vice-Presidential Debate as it appeared to be a battle between accountability and responsibility. It can be tempting to assume that we are accountable and responsible as well.

While the main actors were Sir. Peter Obi and the currently sitting Vice President, Prof. Yemi Osinbajo, all the participants clearly took sides to their arguments based on these 2 facts.

Unfortunately, if you gave it a closer look, you would find that there was only one person left to tackle the question of responsibility as a sitting Vice President, and that was Prof. Yemi Osinbajo. This was made evident in the two take-home statements of the debate.

Speaking of accountability, Sir. Peter Obi said, “You can’t shut down your shop and be chasing criminals” but then Prof. Yemi Osinbajo responded speaking on responsibility with what is popularly considered by Nigerians as a rebuttal quote, “If you allow thieves to steal all the inventory in the shop, there would be no shop to trade in”.

They both begged to differ and while they were right in their quotes, it appeared to be a take-home argument for us all as Nigerians. As a company, our interpretation of both quotes is driven by the values we have represented in our business over the years.

We would not shut down our shop to chase criminals. If we ever did, we wouldn’t be in the business for as long as 26 years. That’s a record of growth in over 6 political administrations. As a leader in our space, we have been an example to guide others on tackling daily business challenges.

While other companies in our space often fear challenges that come with every new government, we have learned to expect them. First, we prefer to be accountable then take responsibility to do business diligently. We learn from our challenges and we grow.

The argument from the debate should cause Nigerians to think and act better towards these economic changes that come with a new government. Let’s prepare for 2019, face it and move forward for the years to come. If we’ve done this as a company, you can do even better.

Meanwhile, have a great week ahead and stay awesome!

J. Ifeanyi Limited is an industrial support company that provides engineering, procurement, logistics and recruitment services with over 25 years of experience.

We have received awards and recognition from various clients for supplying the best quality internally and whenever mandated.

Over the years, we have developed good working relationships with clients in Oil & Gas, Engineering and Construction Industries.

© 2019 J. Ifeanyi Limited. All Rights Reserved.
Made with by Mend Guard Limited